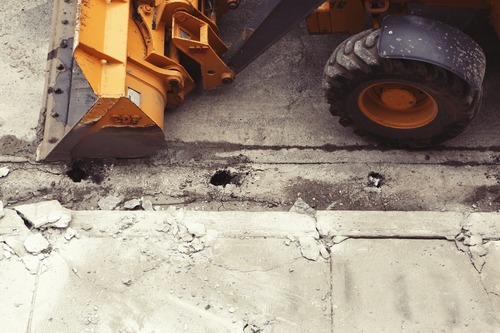 New laws in Virginia now prevent contractors from withholding payment on one project to cover claims on another—yet these provisions remain common in construction contracts of all sizes. Because these provisions are not legally enforceable, when negotiating a contract containing such a provision the wary contractor has a choice: show the cards and strike the provision from the contract, or let it pass and save powder for more crucial negotiation.

Virginia Code section 43-13 is notorious for a proactive expansion of civil and criminal construction claim remedies in a state known for traditional separation of “private” contract law from other sources of law. Despite its notoriety, the statute’s final sentence—tacked on by amendment in 2020 and voiding contractual provisions permitting withholding on one project to cover claims on another—has flown under the radar of many in the construction industry.

Striking the provision from the outset will lead to a cleaner, clearer contract. The parties will know what they can and cannot do, and can better evaluate the risk of entering multiple contracts with the same companies. Furthermore, owners can rest easy that disputes on one project will not bleed over into claims and liens on another.

More importantly, the best way to defend a construction claim is to avoid it. As anyone who has been sued knows—you can be right and still lose money. If the contract says that the owner can hold back payment on one project for a claim on another, and the owner doesn’t know about Virginia Code section 43-13, they might do it. This can ripple out to cause second-order consequences with subs and suppliers—particularly if there is no “pay if paid” or “pay when paid” provision.

Option 2: Leave it In

Because statutory law automatically voids these provisions, leaving it in the contract has no legal effect. It is as if the provision did not exist at all. In hard-fought and tightly negotiated contracts, it may be worth it to play this close to chest, and avoid wasting negotiating power on a provision that is ultimately meaningless.

If the project leads to a dispute, and owner erroneously holds back payment on one project to cover a claim on another, contractor can quickly cut it off at the root, undermine owner’s confidence in its claims, and let owner (and its lawyer) sweat over how they missed the statute when they negotiated the contract.

Although the right answer in any given situation depends on the project, the overall contract, and the companies involved, if working with a client that you trust and that you hope to build a long-term relationship with, the focus should be on transparency and mutual fairness. As anyone in this industry knows, relationships are key. Legal tricks are not the path to a good relationship and a productive project.

That said, some projects are contentious from the beginning. If negotiations are tight, the contract has been redlined more times than the parties can track, and you need all the leverage you can get to close the deal, a provision like this can be a relatively low-risk “freebie”, and leaving it in can help save steam for more important negotiations.

One thing is certain, laws like Virginia Code section 43-13 unique to the construction industry continue to increase. Hirschler’s Construction Team is here to help you through it—give us a call.