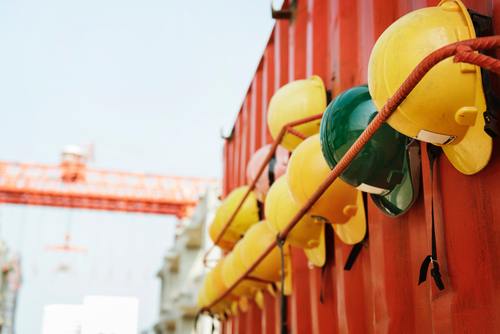 This year’s Virginia General Assembly Session is for the most part complete and, as usual, Virginia lawmakers addressed (in some cases unsuccessfully) multiple construction industry issues. Here is a rundown of the House and Senate bills that passed and will become new law as of July 1, 2018. A few bills that did not pass and some that might live to be the subject of debate later this year or in next year’s Session are also included.

This bill provided that a general contractor may not be forced to waive his or her mechanic’s lien rights in a contract before furnishing any labor or material to a project. A general contractor may, however, contract to subordinate lien rights to prior and subsequent recorded deeds of trust, provided that the contract is in writing and is signed by the contractor. This bill was passed by the House and the Senate, was approved by Governor Northam, and will become law on July 1, 2018.

This bill will become part of the Uniform Statewide Building Code and will provide that cities, counties, and towns may enter into agreements with one another for the provision of technical support and assistance with administration and enforcement of the Building Code. The intent of the bill, which will become law on July 1, is to reduce the waiting time for building inspections, which has been an issue in some localities.

Drones used for inspections and other contract administration tasks are an increasing presence on construction sites. This bill sets limits on drone usage (drones may not come within 50 feet of a residence) and, importantly, makes permanent the prohibition against a local government’s ability to regulate privately-owned UAS. Governor Northam made technical edits to this bill, which apparently will become law on July 1.

This bill directs the Virginia Board of Workforce Development to recommend strategies to identify and engage discouraged and unemployed workers not currently served by the workforce system and to measurably improve the performance of the Workforce Innovation and Opportunity Act. Under the bill, which becomes law as of July 1, the Board is to report on the recommended strategies by October 1, 2019.

This bill permits local school boards to establish “High School to Work Partnerships” between public high schools and local businesses to create opportunities for high school students to participate in apprenticeships in a variety of trades and skilled labor positions.

BILLS THAT DID NOT PASS

This bill would have provided that no lawsuit could be brought by any public body on a construction contract more than five years after completion of the contract. This would be a significant change to current Virginia law, which currently provides that statutes of limitation do not apply to the Commonwealth. The bill also would have limited the time frame during which a public body, other than VDOT, could bring a lawsuit against a surety on a performance bond to five years after completion of the contract, including the expiration of warranties, even if a defect in the construction was discovered after the five-year period was up. Current state law allows such an action within one year of either (i) completion of the contract including the expiration of all warranties, or (ii) discovery of the defect giving rise to the claim (even if the defect was discovered after the one-year period was up). This bill would have significantly limited the ability of public bodies to bring construction claims against contractors. Virginia public universities in particular aggressively (and successfully) opposed the bill.

This bill would have increased the Apprenticeship Council’s standards governing the ratio of apprentices to journeymen in apprenticeship agreements from its current one-to-one ratio (apprentices to journeymen) to two-to-one, the sponsor suggesting that this could alleviate the demand for more workers. The bill passed along party lines in the House, with Republicans favoring the bill and Democrats opposing it, but then was defeated in the Senate by a 21-19 margin.

This bill would have created the Family and Medical leave Insurance Program, which would have imposed an excise tax on employers of 0.2% of the wages paid by the employer in any calendar year, as well as a tax of 0.2% on the wages received by every employee, in order to fund the program. The bill was left in the House Commerce and Labor Subcommittee.

This bill would have required employers, pursuant to a policy known as “predictive scheduling,” to give certain employees, prior to the first day work, a good faith estimate of the employee’s expected minimum shifts per month and the days and hours of those shifts. This bill was also left in the House Commerce and Labor Subcommittee.