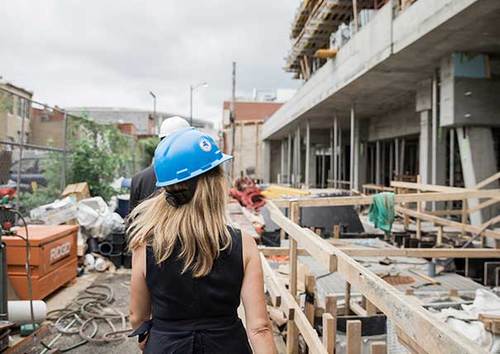 Mechanic’s liens are a legal tool (about which we have written, here) that subcontractors can use to secure payment where the owner suffers financial distress or the general contractor refuses to pay. But, subcontractors cannot place mechanic’s liens on state or federal projects.
On federal projects, a law known as the Miller Act provides alternate security for subcontractors. The Act requires the prime contractor to provide a payment bond on which the subcontractor can then make a claim for payment. There are three prerequisites, however, that subcontractors must satisfy before they may bring a lawsuit against the surety.
First, if the subcontractor is a sub-sub (i.e., a subcontractor to a subcontractor), the subcontractor must ensure the prime contractor receives a specific written claim within 90 days of the subcontractor’s last work. Second, the subcontractor can only file suit on the payment bond after waiting 90 days after its last day of work. Third, the subcontractor must file a lawsuit in federal court within one year after the subcontractors last day of work.
(Importantly, Virginia state law contains a substantially identical protection against non-payment to subcontractors known as the “Little Miller Act.” The requirements and time limits under Virginia’s Little Miller Act are similar to the requirements of the federal Miller Act.)
And, while the Miller Act is intended to protect subcontractors against non-payment, courts have held again and again that there must be strict compliance with the three conditions precedent to the right to recover. A recent federal case involving construction of an air base in Qatar illustrates the requirement of strict compliance with these conditions. The case is A&C Construction v. Zurich American Insurance Co. It was decided in May of this year and the facts in the case are as follows.
The prime contractor on the Qatar air base project was Amec Foster Wheeler. Amec awarded a subcontract for mechanical and fire suppression work to Black Cat Engineering. Black Cat in turn awarded a sub-subcontract to A&C Construction & Installation. The working relationship between Black Cat and A&C eventually deteriorated, A&C’s sub-subcontract was terminated, and A&C ultimately filed suit against Zurich (Amec’s surety company) and a second surety claiming that Black Cat owed it over Eight Million Dollars.
The correct date of A&C’s last day of work was, of course, important and, of course, also in dispute. Zurich, the surety, claimed that A&C’s last day of work was May 16, 2016.  A&C claimed that its last day of work was actually February 28, 2017. This was important because A&C did not file its lawsuit until June 7, 2017, which was more than a year from the date that Zurich claimed was A&C’s last day of work (untimely), but less than a year from the date that A&C claimed was its last day of work (which would have made the lawsuit timely).
The federal court deciding the case (the U.S. Court of Appeals for the Seventh Circuit), however, concluded that the date of A&C’s last day of work was NOT important, however, because the Court found that it was undisputed that A&C’s written notice of its claim under the Miller Act was given on August 16, 2016. A&C presented an interesting (and by that we mean unusual) argument about the timing of its notice, which you will remember has to be within 90 days from the date of last work. A&C argued that it actually gave “too much notice,” apparently because, according to A&C’s lawyers, A&C gave notice before it was required to. In other words, A&C’s lawyers said that A&C’s notice was sufficient because it was given before A&C’s last day of work, albeit more than 90 days before.
The Court of Appeals for the Seventh Circuit was having none of this argument, however, pointing out that the Miller Act requires the written notice of claim to be given “within 90 days from the date” of last work. So, even though A&C’s notice was given before its last day of work, looking at a calendar the Court correctly concluded that 8/16/16 (the notice date) was more than 90 days before 2/28/17, the date on which A&C claimed they last worked. The result? A&C lost and Zurich and the other surety won.
Some lessons learned from the A&C Construction case:
First, the time limits in the Miller Act (and Virginia’s Little Miller Act) are strictly applied. It is critical to keep careful records of the last day of work.
Second, subcontractors should not rely on notice given before the last day of work. It’s easy enough to give proper written notice within 90 days after the last day of work – that will eliminate any question of proper notice.
Remember that, on state projects in Virginia, the Virginia Little Miller Act provides the same protection against non-payment for subcontractors and sub-subcontractors, but also has the same strictly applied time limits on notice and filing suit.
Share
Follow Us: