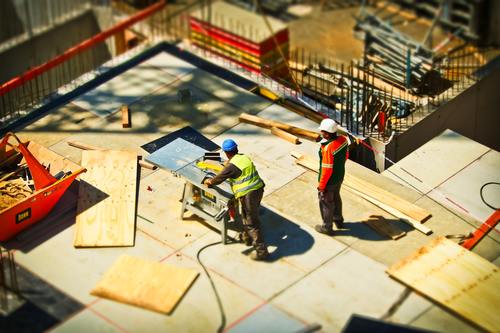 NOTE: We updated this blog post to include the introduction of SB426 by Senate Majority Leader Dick Saslaw. Senator Saslaw previously  indicated that he would not seek to repeal right-to-work laws. SB426 reflects a change in the Senator’s position on this topic, and an increased likelihood that some form of Right to Work repeal may pass in the legislature this year.

What is (and isn’t) Right to Work?

Right to Work, on the other hand, is a more limited principle. Right to Work means that an employer is not allowed to require employees to pay union dues or an “agency fee” as a condition of employment. Unions collect “dues” from employees to support all of the union’s activities. Alternatively, Unions collect an “agency fee” (also called a “fair share fee” by Union advocates) from employees that do not wish to be members of the union. The union applies the agency fee to the union’s collective bargaining efforts, but not towards the union’s organizing or political efforts. In states with right-to-work laws like Virginia, employees can refuse to join the union and refuse to pay the agency fee.

House Bill 153 would fully repeal right to work, allowing employers to require union membership (and union dues) as a condition of employment. Senate Bill 426, on the other hand, would allow employers to make payment of an agency fee compulsory, but not union membership.

Union advocates argue that collecting an agency fee prevents non-union employees from obtaining the collective bargaining benefits of union membership without paying for them. In contrast, proponents of Right to Work believe that the law gives employees greater freedom to choose their level of engagement with the union. On a larger scale, proponents of Right to Work argue that a repeal would hurt economic development and provide a disincentive for businesses to relocate or expand operations in Virginia.

What would a repeal mean?

The future of Right to Work is uncertain, but passage of HB153 and SB426 is far from a sure bet. And any bill that passes the legislature would need to be signed by Governor Ralph Northam, who has expressed skepticism about repealing Right to Work.

With this uncertainty, it is important to consider how an eventual repeal could affect your workplace. If the Right to Work laws were to be repealed, the effects likely would not be felt for some time – especially for employers whose workplaces are not currently unionized. In the long term, a repeal could strengthen the unions; if unions can collect agency fees from all employees, they will be better funded, and may recruit more employees to join, strengthening the union’s bargaining position. Stronger unions could mean increased business costs associated with an uptick in union activity and bargaining power, and potential issues with employee recruitment.

Hirschler will keep a close watch on HB153, SB426,and other attempts to repeal Right to Work laws in Virginia. If you have questions about Right to Work, please contact your Hirschler attorney.