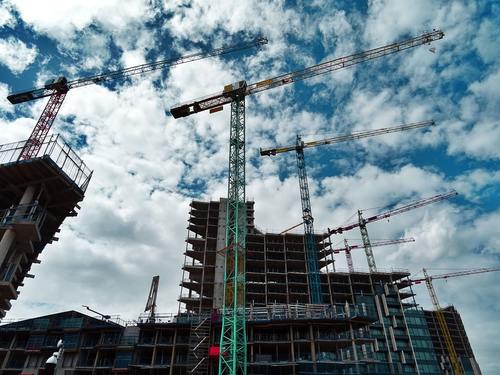 Recently, however, the Virginia Supreme Court ruled that, in certain limited situations, a material supplier (i.e., a sub-sub) may indeed properly sue and recover directly from a general contractor, under a legal doctrine known as “unjust enrichment.” The case, James G. Davis Construction Corp. v. Ciesco, Inc., involved construction of a residential condominium building in Arlington County and was decided on May 14, 2020. Because the Supreme Court limited its ruling to “special circumstances,” the facts in the Davis case are important.

Joint checks were initially cut according to plan, but Davis eventually learned that H&2, the subcontractor, was experiencing financial difficulty and asked Ciesco, the material supplier, not to ship additional material pursuant to the joint check agreement and Davis instead asked Ciesco for a W-9 form and assured Ciesco that there were ample funds to pay Ciesco outside of the joint check agreement. Davis then began internally to process payment of Ciesco’s bills directly to Ciesco, and told Ciesco that payment of its bills was being processed.

After terminating H&2 as a subcontractor and hiring another subcontractor to replace H&2, however, Davis called Ciesco and advised Ciesco that, because of the problems with H&2, the money that Davis had planned to pay Ciesco had to be used instead to complete the project. Ciesco then sued Davis for its unpaid bills on the legal theory of unjust enrichment. After the trial court in Arlington County rendered judgment in favor of Ciesco on its claim for unjust enrichment, Davis appealed to the Virginia Supreme Court, claiming among other things that Ciesco should not have had any reasonable expectation that Davis would pay Ciesco for its drywall materials.

The Virginia Supreme Court disagreed with Davis, confirming Virginia’s existing three-part test governing unjust enrichment claims: (1) whether the plaintiff (in this case Ciesco) conferred a benefit (in this case drywall materials) on the defendant (here, Davis); (2) whether Davis knew of the benefit and should reasonably have expected to pay Ciesco for the drywall; and (3) whether Davis accepted the drywall without paying for it.

The Supreme Court found that the first and third elements were not in dispute. Regarding the second element, Davis argued that it had no expectation of paying for the drywall. The Supreme Court disagreed, noting that Davis was aware of H&2’s problems, directly encouraged Ciesco to keep shipping material, and told Ciesco that it was processing payment directly to Ciesco. Thus, the trial court’s decision and Ciesco’s judgment directly against Davis were affirmed.

The James G. Davis case may not significantly alter Virginia construction law regarding unjust enrichment claims. The case does, however, teach lessons that should be valuable for Virginia owners, general contractors, subcontractors, and material suppliers.

First, for owners and GC’s, in order to avoid exposing yourself to claims for unjust enrichment, keep your lines of communication open only to the party with whom you have a written contract, and do not make assurances or promises of payment to parties with whom you do NOT have a contract.

And for subcontractors and material suppliers, if you receive requests for continued performance from parties occupying contractual tiers above you and with whom you do not have a contract, document those communications in writing by email and continue to perform only if you are promised in writing that you will receive payment. Your Hirschler Construction Team will be available to discuss unjust enrichment claims or the James G. Davis case should anyone reading this have a comment or question about the new case or wish to discuss it further.