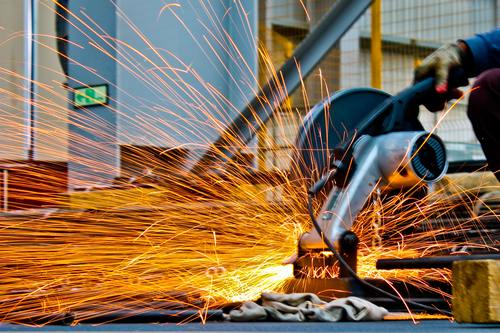 Virginia’s progression toward becoming one of the most employee-friendly states in the country continues with Governor Northam’s recent signing of the Virginia Overtime Wage Act (“VOWA”). The law goes into effect July 1, 2021, so Virginia employers need to take note quickly.

Until now, Virginia did not have its own overtime pay statute. Instead, Virginia employees relied on the Fair Labor Standards Act (“FLSA”) to govern their overtime pay claims. Similar to the FLSA, VOWA requires that all non-exempt employees receive “time and a half” for hours worked over 40 hours in a workweek.

However, VOWA differs from the FLSA in several significant ways that could greatly increase employer liability, including:

1. Calculation of Regular Rate of Pay

Under the FLSA and VOWA, employees are to be paid one and a half times the employee’s “regular rate of pay” for hours worked over 40 hours in a workweek. Under the FLSA, employers calculate an employee’s regular rate by dividing the employee’s total compensation for the week (excluding statutory exclusions, such as certain gifts, time paid for vacation, certain business reimbursements) by the total hours worked in the workweek. This is the same calculation for all non-exempt employees, whether they’re paid on an hourly, salary, or other basis.

The VOWA, however, changes how Virginia employers must calculate a nonexempt employee’s regular rate of pay if that employee is paid on a salary basis. If the employee is paid on an hourly basis, the VOWA adopts the FLSA calculation described above. But if an employee is paid on a salary basis, the regular rate is simply calculated by dividing the amount of compensation received that week by 40 hours – regardless of how many hours the employee actually worked that week. While the difference may seem slight, this could greatly increase the amount of overtime owed to salaried non-exempt employees.

When these differences are multiplied out over multiple hours per pay period, the difference could be significant. This is especially true given the longer statute of limitations and remedies available to employees.

Another departure from the FLSA is the amount of time that employees have to file suits, and how far back their claims for damages can go.

Under the FLSA, suits must be filed within 2 years, or within 3 years if the employee can prove that the violation was “willful.”

But under the VOWA, all employees have 3 years to file suit – whether or not the violation was “willful.” This also means that employees can recover back wages for that 3 year period.

Lastly, employees may obtain higher damages figures under the VOWA than they could under the FLSA.

The FLSA provides that employees can recover their lost wages plus liquidated damages in the amount of  those lost wages – meaning they can obtain damages in an amount double their lost wages. However, employers under the FLSA have a defense from paying double damages (and would only be liable for actual lost wages) if they can show that they acted in good faith and had reasonable grounds to believe that they were paying employees properly under the FLSA.

By incorporating the remedies included in last year’s enhancements to the Virginia Wage Payment Act, VOWA also provides for the recovery of lost wages plus liquidated damages, but has no good faith exception for employers. And not only is there no good faith exception for employers, but if the Court finds that the violation was “knowing,” then the employer is entitled to triple damages. The law also goes further and requires the employer to pay prejudgment interest at the rate of 8% from the date that wages were due, and the employee’s reasonable attorney’s fees and costs, if found liable.

Given the increased risk and liability exposure posed by the VOWA, Virginia employers should promptly review their overtime pay practices, reconsider whether non-exempt salaried employees should be paid on an hourly basis, and re-examine which employees are considered exempt.