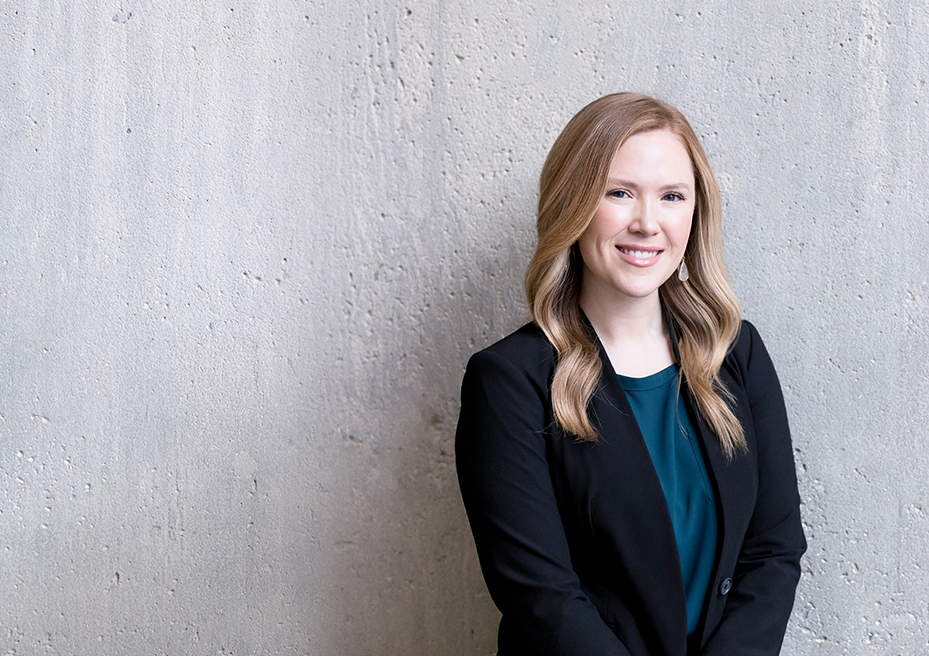 “I approach each case with the same fundamental analysis: ‘What can we do?’ and ‘What should we do?’ The ability to understand and reconcile the answers to these questions is what distinguishes a good lawyer from a great one.”

Sarah's practice focuses on business disputes and litigation. She has litigation experience in a broad range of areas, including, breach of contract, constitutional law, construction, defamation, employment and personal injury.

While in law school, Sarah served on the University of Richmond Law Review and worked as a research assistant as well as a teaching assistant. Sarah spent her first summer in law school interning with the Honorable Robert S. Ballou in the U.S. District Court for the Western District of Virginia. She also spent a semester interning with the Honorable Roderick C. Young in the U.S. District Court for the Eastern District of Virginia.

After law school, and prior to joining Hirschler, Sarah practiced as an associate at Harman Claytor Corrigan & Wellman, where her practice focused on defending governmental entities and their employees against a variety of federal and state claims.

Defended governmental entities and their employees, including police officers and school teachers against various state and federal claims.

Obtained dismissal of personal injury claim against an oil and propane company based on the Source of Duty Rule.

Represented a local church in a multi-day bench trial in Richmond City Circuit Court regarding a governance dispute.

Outside of the office and the courtroom, Sarah enjoys relaxing at home with her fiancé and tending to her ever-growing exotic houseplant collection. In addition to her dear friends and family, Sarah loves a good podcast, long walks and strong coffee.