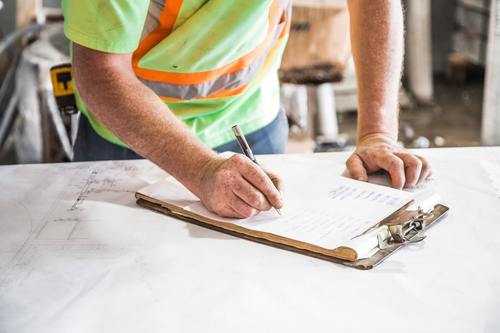 The Virginia Department of General Services (DGS) is currently conducting a study of the Virginia statute of limitation exemption applicable to state contracts for construction and design services. Part of this study includes an online survey of Virginia construction industry members (including our readers) regarding their experiences with current Virginia statute of limitation law as it applies to state contracts.

Complete the survey here by the Friday, September 6 deadline. The survey will take about 15 minutes to complete and the results will be presented to the General Assembly and the Governor prior to next year’s General Assembly Session. We found it to be thought-provoking and well-prepared and encourage our readers to consider submitting a response.

Virginia’s statute of limitation applicable to written contracts (including construction and design contracts) is five years. There is an important Virginia exception to this rule, however, that provides that the five-year limitation period does not apply to the Commonwealth of Virginia. This statutory exception was recently applied by the Virginia Supreme Court to give an agency of the Commonwealth the ability to file suit against one of its contractors 14 years after substantial completion of a campus student health and fitness center.

In large part because of the case mentioned above, the 2019 General Assembly took up consideration of House Bill 1667 (and an identical bill on the Senate side) which would have created a statute of limitation on public construction projects that was equally applicable to the Commonwealth and to Virginia contractors. The House bill made some progress, where it was actually voted out of subcommittee and examined by the House Courts of Justice Committee. There the committee heard supporting testimony from the Hirschler Construction Team regarding the economically equitable impact that this bill would have on public construction in the Commonwealth. The bill was then passed out of the Courts of Justice Committee and, because the bill would have had a positive economic and fiscal impact for the Commonwealth, it was then sent to the House Appropriations Committee, where it was passed by indefinitely.

While the bill did not pass this year, advocates for the bill were able to raise awareness of the statute of limitation issue, which led to this year’s Appropriations Act requiring the DGS study and survey to be conducted. Hirschler’s Construction Team believes that this effort may set this bill up for success in 2020.

Your participation in the survey will assist the DGS collect information for presentation to the General Assembly and Governor. Thank you for your participation. If the survey raises any questions, please reach out to any member of the Hirschler Construction Team.