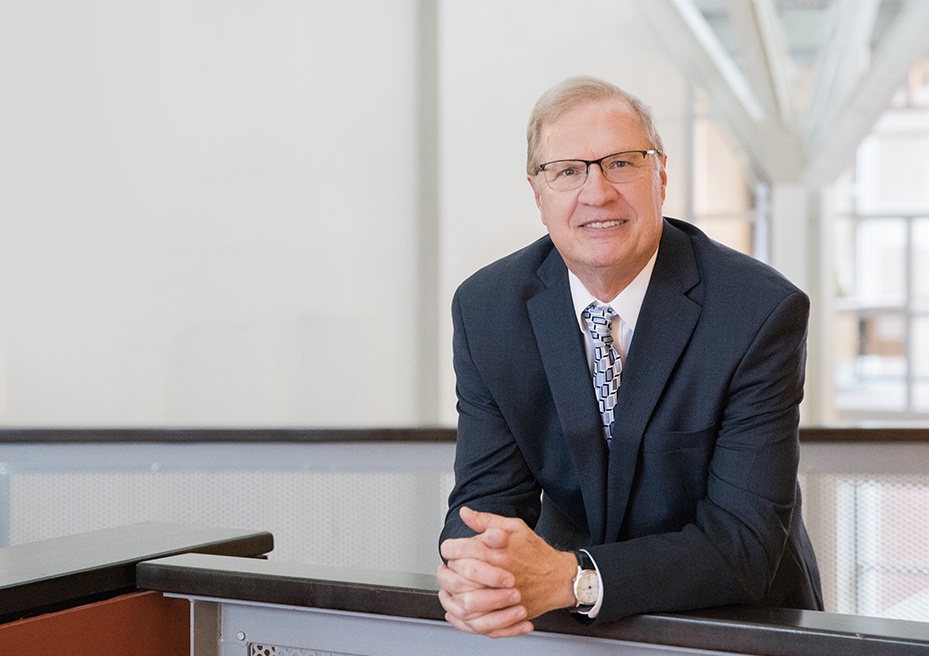 "Just as every piece of real estate is unique, so too is every client. I try to learn a client’s goals and priorities at the outset of a transaction, then work as a team with the client, the client’s staff, and other parties to the transaction to close the deal in a manner that, hopefully, accomplishes those goals set by the client."

When Paul came to Hirschler Fleischer more than 30 years ago, he had several options of practice areas in which he could concentrate.  He liked the idea of a practice where he could assist clients to work with others towards a mutual goal, the tangible result being a closing of the transaction in which all the parties would benefit.  His even-tempered manner and pragmatic approach has helped Paul guide a diverse group of clients through many types of real estate transactions.  Wherever possible he tries to find ways to add value to each transaction, whether, for example, through experience in structuring transactions to minimize costs to his clients, or through referrals to excellent service providers.

Paul has represented many types of clients, from national REITs, real estate syndicators and sophisticated regional real estate developers, to individuals with a need for a guiding hand to deal with a single piece of real estate.  His approach to practice has resulted in working with many of his clients on multiple transactions over many years.  Some examples of his work are as follows:

Over the years Paul has volunteered his real estate knowledge and experience to Habitat for Humanity and LINC (Legal Information Network for Cancer).  He also recently performed a significant of legal work in association with the Legal Aid Justice Center to represent low income tenants in landlord-tenant matters.  His experience representing those tenants has convinced him that there is a need to change the public perception many have of tenants living in public housing.  If you ask, he will expound on the difficulties those clients face “living on the edge” that most of us will never have to deal with.

Paul and his wife are long-time, very passionate UVA basketball fans, seldom missing a game at the John Paul Jones Arena in Charlottesville.  They attended their very first college basketball game at University Hall when Paul was a first year law student.  On January 29, 1983, the sixth-ranked Hoos pounded the eighth-ranked Louisville Cardinals 98-81, with Ralph Sampson scoring 35 points. With that as a start to their college basketball experience, they were destined to became lifelong fans.  If you see a car with Virginia plate number “CTBFAN”, beep if you are a UVA fan, that is Paul!  Paul is also an avid (but lousy) golfer, who has played 162 courses (and still counting).

The University of Virginia School of Law, J.D.