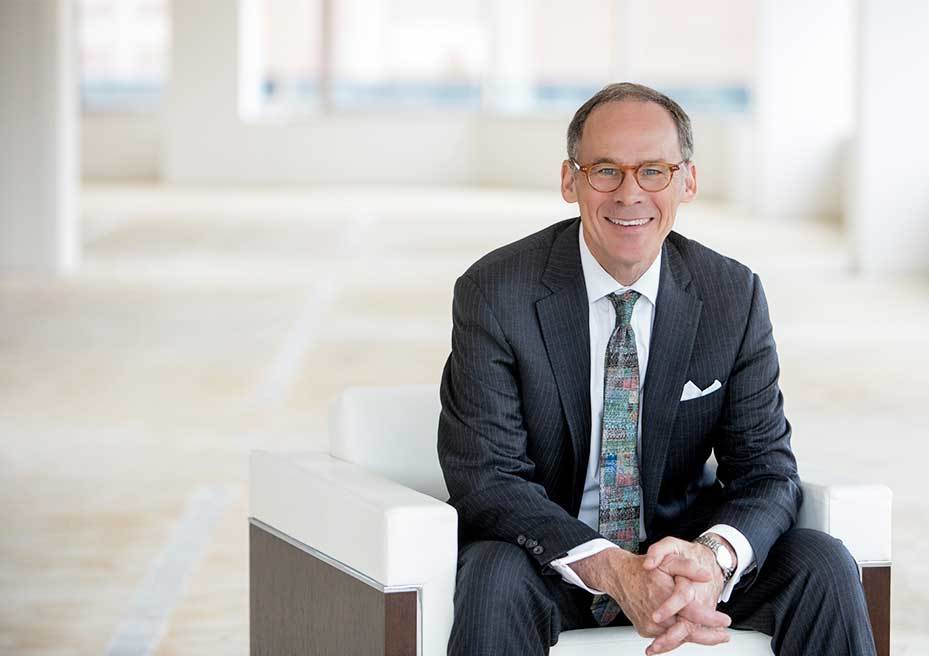 "Wayne Travell is a 'seasoned commercial litigator' commended by clients for his 'good judgment' and 'strategic decision making.' He is cited as 'a very responsive and bright attorney, who has the right arguments and presents them well in court.'"  Chambers USA

Trial lawyer Wayne Travell’s primary goal is to develop a strong working relationship with his business clients so that, together, they can design a dispute resolution strategy that is specifically tailored to the company’s business objectives. Business disputes are a fact of life. At times, that means going “all-in” on bet-the-business, high-stakes litigation; more often, it means working with the opposing party to fashion a resolution that serves the ends of both, particularly where the parties may need to live and work in the same industry.

Wayne works closely with owners of privately held businesses and with general counsel and senior executives of publicly traded companies to understand their industries and the results that will best suit their overall strategy. He strives to provide clients with a sober and objective evaluation of the strengths and weaknesses of their circumstances and to guide them toward a successful resolution of their disputes.

Wayne brings more than three-and-a-half decades of experience as a trial and appellate advocate in the state and federal courts in Virginia, Maryland, the District of Columbia and elsewhere. He also has tried arbitration cases before the American Arbitration Association, JAMS/Endispute, and numerous private arbitration panels. He is a trained and experienced mediator and has had great success in achieving mediated settlements.

Wayne regularly serves as local counsel for out of state firms in the federal and state courts of Virginia, Maryland, and the District of Columbia and has served as lead counsel in lawsuits filed in Delaware and New Jersey.

Prior to joining Hirschler, Wayne served as managing partner of Leach Travell, a firm he co-founded with Steve Leach in January 2003. Before that, he was a litigation partner in the Tysons office of Venable LLP and a shareholder, head of the litigation group, and a member of the management committee, at Tucker Flyer P.C. in Washington, D.C.

In 2018, Wayne was elected to the Virginia State Bar Council for the 19th Judicial Circuit, for which he is currently serving a three-year term.

Selected for inclusion in Best Lawyers in America, Commercial Litigation, 2020-2021

Superior Court of New Jersey, Chancery Division: Burlington County. Over the course of 2 years, successfully defended seven applications for emergency relief filed by one of the mid-Atlantic's largest doctor groups. Obtained a recommendation and report from the Special Master which awarded client damages of $40 million.

United States District Court for the Eastern District of Virginia. Successfully defended a telecommunications manufacturer against an application for a temporary injunction filed by a former channel distributor.

United States District Court for the Eastern District of Virginia. Successfully defended an account executive against an application for a temporary injunction filed by a former employee seeking to enforce a covenant against competition.

Circuit Court for Fairfax County, Virginia. Prosecuted claims on behalf of publicly traded company for damages for breach of contract against a satellite communications provider.

Circuit Court for Loudoun County, Virginia. Obtained verdict and enforced judgment against current and former employees of the company for breach of duty of loyalty, theft of trade secrets and unfair competition.

Superior Court for the District of Columbia. Represented landlord in complex commercial dispute which included prosecuting or defending cases filed in the U.S. Bankruptcy Court, the Landlord & Tenant Branch and Civil Actions Branch of the Superior Court and the United States District Court in the Eastern District of Virginia.

Enforced remedies against defaulting purchaser of an estate property.

Defended founders of a failed startup against claims for self-dealing, fraud and misrepresentation.

Represented personal representatives and beneficiaries in resolving claims for breach of contract to make a will, undue influence and diminished capacity.

Represented seller of an estate property in resolving claims of real estate agent for commissions.

Represented founders in resolving disputes for control of entity against claims by later investors.

Negotiated dispute between key employee and government contractor over the value of stock options.

Counseled business owners in closely held companies with regard to disputes among owners and implemented both consensual and non-consensual exit strategies.

Counseled lawyers and practice groups moving from one private law firm to another or organizing a new firm.

Qualified as an expert with regard to reasonableness of attorneys’ fees in federal and state court cases including: http://www.leagle.com/decision/In%20FDCO%2020160531B37/SALIM%20v.%20DAHLBERG.

Provided expert opinion with regard to the duties of a member of a limited liability company under operating agreement and LLC statute.

Wayne and his wife Ann raised their 2 daughters on their horse farm near the Blue Ridge Mountains in Northern Virginia. The horses are gone and the girls are now young women who have moved on to pursue their own lives, but Wayne and Ann still have two cats in the barn and enjoy gardening and life outdoors with their Australian Shepherd/Corgi mix, Buddy. Wayne is an amateur wood worker, an avid reader and books-on-tape listener. He and Ann enjoy train travel to NYC (Wayne's hometown) for their theater and city-life fixes and also enjoy annual family trips to the Outer Banks. It has been, and continues to be, a good life for which The Travell Family is very grateful!