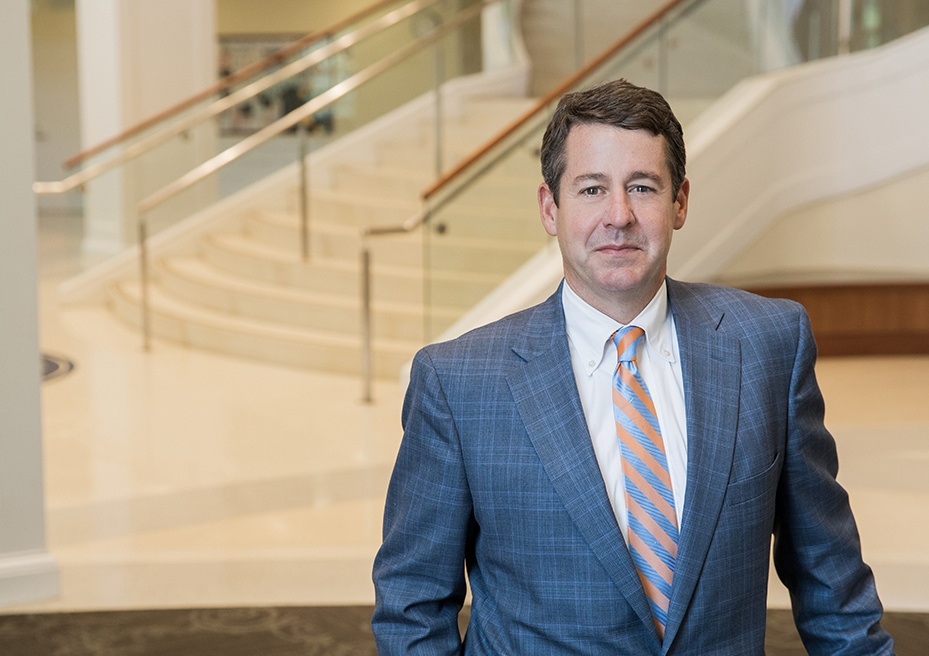 "My goal is to provide clients with real results and leave them in a better position than when they retained me. I develop meaningful relationships with my clients and stay invested in their goals, concerns and initiatives."

A native of the Fredericksburg area, Charlie prides himself on the business development services he provides to the region. His practice areas include corporate and general business law, zoning and land use, commercial real estate, and federal and state government relations.  He routinely represents businesses of all sizes, commercial real estate developers, contractors, not-for-profit foundations, cooperatives, medical practitioners and economic development authorities.

Charlie currently serves as general counsel for Rappahannock Electric Cooperative, the largest Virginia electric utility cooperative and one of the largest utility cooperatives in the country; Southern States Cooperative, Inc., the largest agricultural cooperative in Virginia and one of the largest in the country; and the University of Mary Washington Foundation, which manages all of the University of Mary Washington's privately donated gifts and investments and is heavily engaged in real estate acquisition, development and management on behalf of the institution.

Acquired rezoning approval for Northpoint Development to develop a two million square foot, $260 million logistics and distribution center. The project will be Stafford County’s second largest private capital investment in the county and is anticipated to create 800 new jobs and generate over $3.5 million annually in local taxes. Northpoint is headquartered in Kansas City, MO., and is one of the country’s largest industrial developers.

Obtained rezoning approval for Kalahari Resorts, a one-of-a-kind, family entertainment and convention center to be located in Spotsylvania County, Virginia. Overcame significant community opposition regarding traffic impact and performance incentives to pave the way for the $900 million project which is expected to generate $3.5 billion in direct economic benefit over a 10-year period. The proposed project includes over 1.38 million sq. ft. of commercial space, including 900 hotel rooms, a 156,000 sq. ft. convention center, a 267,000 sq. ft. indoor waterpark and family entertainment center, multiple restaurant and retail facilities, and a 10-acre outdoor resort pool/waterpark. Kalahari Resorts has four other locations nationwide and is well-known for having the largest indoor waterpark in the United States.

Assisted IVI Strategies and Flint Development with the rezoning approval for an approximately 1 million square foot distribution facility to be located in Stafford County, VA.

Assisted S.L. Nusbaum with the approval of a 374 unit (multifamily and townhouses) mixed use project in Stafford County, Virginia.

Assisted Parkway Storage Groupe, LLC in the land use approvals for the development of an Amazon last mile center, 200,000 SF facility.

Assisted a developer with the approval of the Vistas at Ferry Farm, a rezoning approved for 134 age-restricted multifamily units, which was Stafford County’s first  R-5 rezoning for senior housing.

Assisted Silver Companies with rezoning of the Collections at Cosner’s Cosner, a 280 + multifamily rezoning in Spotsylvania County.

Assisted Monument Properties with rezoning from industrial to mixed use multifamily and commercial project called Upper Spotsy in Spotsylvania County. The project includes 550 multifamily units and 14,000 SF of commercial space, as well as the redevelopment of an historic registry property known as the Bowman Center.

Orchestrated the rezoning of 288 multifamily units for Aura at Spotsylvania Town Center, part of the redevelopment of the Spotsylvania Mall in Spotsylvania County.

Assisted SPower with zoning approval to construct and operate a 500 megawatt solar facility on 6,500 acres in Spotsylvania County. This solar facility will be the largest solar project east of the Mississippi River and 5th largest in the United States. Spower, which describes itself as the largest private owner of solar facilities, hopes to complete the entire facility by June of 2021.

Assisted Fredericksburg Baseball, LLC, with obtaining all zoning approvals within the City of Fredericksburg to construct a 5,000 seat minor league baseball and entertainment stadium which will host the Washington National’s Single A ball club. Construction for the stadium should be completed by April of 2021.

Advised Airlee Development land a significant rezoning win in Ladysmith, Virginia. Despite some resident opposition, successfully convinced Caroline County Board of Supervisors to support the rezoning, which will be the first step in the development of a 2.5 million square foot industrial and office park.

Represented a developer before the Spotsylvania County Board of Supervisors in rezoning approximately 200 acres from rural to planned residential rural with proffers for a single family detached residential neighborhood of 39 lots. This was the first residential rezoning project to pass in the county under the new proffer legislation.

Secured significant rezoning win in the City of Fredericksburg on behalf of Norfolk-based real estate developer S.L. Nusbaum. S.L. Nusbaum proposed a rezoning for a 120-unit apartment complex, 78 townhouse units and a 30,000 sqft high-end vehicle sales dealership in an area that many believed should remain zoned for commercial use only. Partner Charlie Payne enlisted support for the project from grocery giant Wegmans and Hubor Motors, Inc, and ultimately convinced the City to rezone the land to mixed.  Several members of the City Council supported the project feeling that it covered several city priorities: bringing in workforce affordable housing, new jobs, entry level housing and extensive new tax revenues.

Helped facilitate deal between King George’s Board of Supervisors and Economic Development Authority, who are partnering to provide a $20,000 incentive to bring a new business to the county. The Board approved the purchase of 5.28 acres in the King George Industrial Park by client Finish Line Environmental, who is paying $175,000 for the land and will invest up to $1.4 million in a new building with about 15,000 square feet.

Advocated on behalf of Walton Virginia, LLC before  the Spotsylvania County Board of Supervisors to approve Walton’s rezoning request for a mixed use project known as Alexander’s Crossing. The rezoning, the largest in the county’s history, gave Walton the green light to develop 1.558 million square feet of commercial office, industrial and retail uses, and 2,607 mix of residential units.

Obtained rezoning approval in Spotsylvania County, Virginia for International Development of Virginia, for purposes of developing a mixed use community to include 2270 mix residential units and 300,000 square feet of commercial space.

Helped secure a special use permit to assist The Thos. J. Wack Companies with the $2.82 million purchase of a block of William Street in downtown Fredericksburg. The site became home to Liberty Place, a mixed-use development with residential and office condos, underground parking, retail and restaurants.

Obtained special-use permit from Spotsylvania County for client Dominion Raceway Holdings for the development of a 160-acre motor sports and entertainment complex along Interstate 95 near Thornburg, Virginia.

Charlie’s family has lived in the Fredericksburg area since the 1700s.  He enjoys being a part of the community and giving back to those in need. He is the lucky father of three wonderful girls and spends much of his free time at swim meets, field hockey games and tennis matches.

An avid Yankee fan, Charlie enjoys taking the train to watch a game at the Stadium. He’s also a big fan of music and is rumored to frequent local blue grass events and favor Johnny Cash cover bands.

Because of his broad-based business, industry and legal experience, Charlie is routinely engaged to serve clients as outside general counsel. Among these rewarding engagements:

Lead outside general counsel to Rappahannock Electric Cooperative, the largest electric utility cooperative in the Commonwealth of Virginia and third largest in the county with over 160,000 members and a billion dollars in assets. Hirschler provides a full range of legal services including participating in regular and special board meetings, overseeing and acting as the parliamentary for membership annual meetings, and providing guidance on corporate governance issues, evaluating and addressing legal issues related to member legal matters and capital credits, drafting, reviewing and negotiating day-to-day commercial contracts, negotiating and closing commercial real estate transactions, drafting and reviewing utility easements, providing assistance with land use matters, providing direct litigation support and litigation case management, and handling review of cooperative policies and strategic planning.