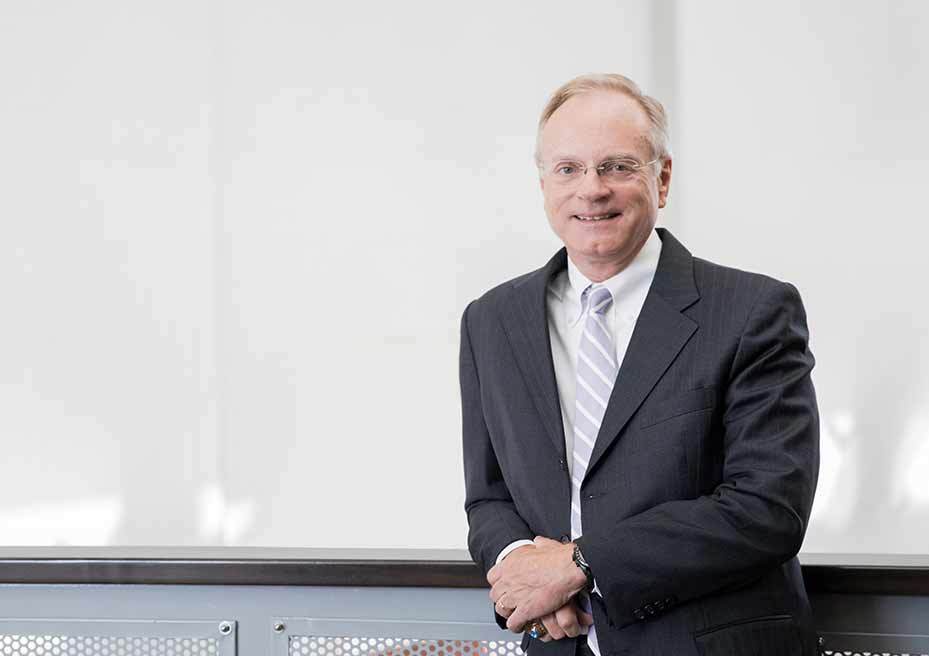 "Jim Theobald is 'one of the premier land use development lawyers. He has an innate ability to navigate his way through difficult waters.'"  Chambers USA

Former Hirschler chairman Jim Theobald is a developer’s lawyer.  He has assisted some of the nation’s largest developers and retailers in making their projects a reality for over three decades with Hirschler Fleischer.  From contract negotiations through rezoning and permitting, Jim brings a creative, aggressive advocacy to bear in finding a way to make a deal work.

Jim is currently involved in rezoning to repurpose a regional mall as well as a number of economic development opportunities for commercial/industrial and multi-use developments.

He has served Hirschler as a past chairman, past president, former chair of the Real Estate Section and as founder of the firm’s highly regarded Weinberg Land Use Forum.

Named Richmond Lawyer of the Year, Land Use and Zoning, The Best Lawyers in America, 2015

Named a “Leader in the Law,” Virginia Lawyers Weekly, 2014

Represented various buyers and sellers in the structuring, contract negotiating and financing of merger and acquisition transactions.

Represented one of the nation’s largest discount appliance chains in acquiring sites throughout the country. Also structured sale/lease back transactions, including those with foreign investors, and other financing related to the acquisition and development of store locations.

Participated in the assembly, contract negotiations, rezoning, acquisition and financing for numerous mixed-use developments for a large Virginia based developer. Also participated in the preparation of the owner’s association/golf membership documents.

Has provided representation with regard to the formation of planned communities, including condominium documentation.

Richmond Goodwill Industries, Board of Directors

Cleveland-Marshall College of Law, Member, Board of Visitors

A certified yoga instructor, Jim provided volunteer instruction to the veterans in the PTSD program at the Veterans Administration Hospital and to men in the Richmond City Jail.

From humble beginnings as a bass player with a junior high garage band, he has continued to play in a classic rock band for more than 30 years helping individuals and organizations raise funds for charity. In 2015, Jim and his wife Mary joined four other couples to create Valley Road Vineyards, an award-winning winery near the mountains of western Virginia.